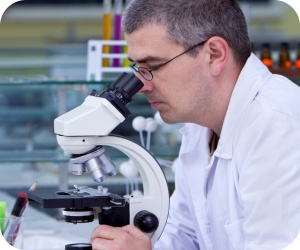 If exposure to lead is suspected, then a blood-screening test can determine the level of lead in the blood. The amount of lead in the blood is expressed as micrograms per deciliter (ug/dl). It is estimated that the general population of the United States had a lead blood level of 26 ug/dl in the 1960s, 12.8 ug/dl in the late 1970s and 2.8ug/dl by the late 1990s. The major reason for the drop in blood lead levels has been due to the elimination of lead from gasoline products. The level of lead measured in a blood-screening test relates to recent lead lead exposure. To determine the level of lead retained in the soft tissue and bone, further testing is required.

If elevated levels of lead in the blood are revealed in a blood-screening test, the source of the lead contamination should immediately be identified and corrected. Except in excessively high readings, the passage of time is all that is required to reduce the lead levels to the acceptable range. In extremely high levels or emergencies cases, the high levels of lead in the blood can be removed through a medical procedure known as chelation. This procedure involves the ingestion of a substance that chemically attaches itself to lead, which in turn is then removed from the body through the urinary system. The procedure can lead to serious medical side effects and therefore is usually not performed unless necessary.

In adults, a blood lead level above 80 ug/dl usually will call for medical treatment to remove the lead from the body. The treatment, as in children, is usually chelation.

Evaluating the Lead Potential in a House

All houses have the potential for lead contamination because lead is in the air, falls to the ground, accumulates, and can be carried into the house on clothing, tools, shoes, pets, and the like. Many people are exposed to lead in food that comes from lead glazes on ceramics, pottery and china and liquids stored in crystal decanters. However, the greatest danger of exposure to lead in most houses relates to the following: 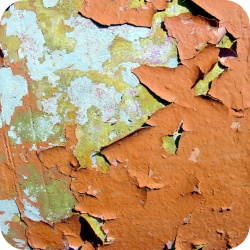 Lead has been used in paint for centuries. It increases durability and has a color depth quality. In the United States it is estimated that:

The mere presence of lead contaminated paint, regardless of the age of the house, in-and-of-itself does not necessarily present a health hazard. Only when there is the possibility of exposure to the lead in the paint should there be concern. Significant exposure can occur when:

Lead is often found in domestic potable water systems. If copper pipes are present, lead solder was probably used to join them at the pipe joints. The risk for lead in the water system is greatest in houses built prior to 1982 or in houses that have as their source of water a domestic well. Some municipal water delivery systems still have water mains that were constructed with lead pipes.

Lead in Dust and Dirt

If lead is suspected because of the age and location of the house, testing for lead in paint, domestic water, or in the ground around the house can be done by a house inspector or other qualified professional. Methods used may be any of the following:

Samples of suspect material should be collected and sent to a lab for chemical analysis. The chemical lab test is called "atomic absorption" or "chip analysis" and usually costs around $30 per sample. The drawback to this method is that samples must be taken, often requiring repair or refinishing of the areas from which samples were taken. In the case of suspected lead in the potable water supply, a water sample should be taken and then sent to a lab for analysis.

A solution is applied to the suspect surface or material. Usually the solution is delivered through crayon-like sticks containing sodium-rhodisinate. If lead is present, a chemical reaction occurs, which will be indicated by a color change in the end of the stick. Testing is usually done on dozens of surfaces. Although the test is quick and inexpensive, the test will not measure the amount of lead present. This test is also prone to giving many false negative and false positive results.

Use of a portable x-ray florescence-testing machine is the most accurate and non-destructive method of determining lead presence and concentration levels. The machine is placed against a surface containing suspected lead. The machine bombards the underlying material with x-rays that causes the lead particles to become excited and decay. The emitted particles are then measured for concentration levels. On painted surfaces, the machine is capable of detecting lead in paint that has been covered over by numerous layers of paint. The testing is done on site, but can be costly. Prices range from $350 to $500 depending on the size of the house. The XRF test typically takes about two hours for the average house.

The next episode will include how to clean up lead in Bend Oregon Homes.