Home Sales Are Up and Prices Are Rising

According to the National Association of Realtors® existing-home sales rose in April while home prices continued to rise. The improvements were broad based across all regions of the United States.

Total existing-home sales, which are completed transactions that include single-family homes, town homes, condominiums and co-ops, increased 3.4 percent and are 10.0 percent higher than April 2011. 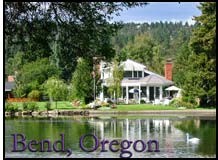 Lawrence Yun, NAR chief economist, said, “It is no longer just the investors who are taking advantage of high affordability conditions.  A return of normal home buying for occupancy is helping home sales across all price points, and now the recovery appears to be extending to home prices,” he said.  “The general downtrend in both listed and shadow inventory has shifted from a buyers’ market to one that is much more balanced, but in some areas it has become a seller’s market.”

The national median existing-home price for all housing types jumped 10.1 percent to $177,400 in April from a year ago; the March price showed an upwardly revised 3.1 percent annual improvement.  “This is the first time we’ve had back-to-back price increases from a year earlier since June and July of 2010 when the gains were less than one percent,” Yun said.  “For the year we’re looking for a modest overall price gain of 1.0 to 2.0 percent, with stronger improvement in 2013.”

NAR President Moe Veissi, broker-owner of Veissi & Associates Inc., in Miami, said home buyers should look into financing in the early stages of their search process.  “With the tight lending environment it’s a good idea to consult with a Realtor® about mortgages and program options in your area, and tips for boosting your credit score well in advance of making an offer on a home,” he said.  “It helps to go into the process knowing what it takes to succeed.”

According to Freddie Mac, the national average commitment rate for a 30-year, conventional, fixed-rate mortgage declined to 3.91 percent in April from 3.95 percent in March; the rate was 4.84 percent in April 2011.  Last week the 30-year fixed rate dropped to a record weekly low of 3.79 percent; record keeping began in 1971.

First-time buyers rose to 35 percent of purchasers in April from 33 percent in March; they were 36 percent in April 2011.

An increase in existing homes sales in other parts of the county means there will be more buyers looking to by Bend Oregon Real Estate.  It looks like this may be the bottom of the market.