The Effects of Lead in Bend Homes 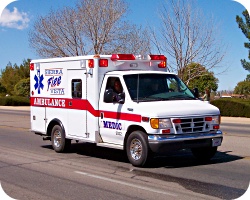 The effects of lead on human health have been known for years. The Greeks even suspected that it was a poison. The scientific community has known for years that high levels of lead ingestion or inhalation may be the basis of many serious health problems. Recent studies have shown that even a small amount of lead may lead to health problems, especially in children.  It is only in older Bend Oregon homes that there is a potential problem with lead.

Lead that is ingested or inhaled enters the bloodstream, where it ordinarily passes through the body in a few days. However, lead can lodge itself in brain tissue, the bones and in other body soft tissues where it can remain permanently, causing health problems. It can be the source of health problems in both adults and children, although the problems in children are especially of concern to health-care professionals.

A large segment of the population believes that exposure to lead is more a concern for children than for adults. However, an adult exposed to lead over a long period at excessive levels of concentration can suffer from lead related health problems. Some of these are:

In children, exposure to even small amounts of lead can create serious health issues. This is especially the case for younger children. Children under the age of six will absorb lead at five times that of adults. Their brains are also at a formative stage of development, which makes them more vulnerable to the toxic effects of lead. A child may have dangerous levels of lead in its body even if he/she appears healthy. Lead in children has been linked to: